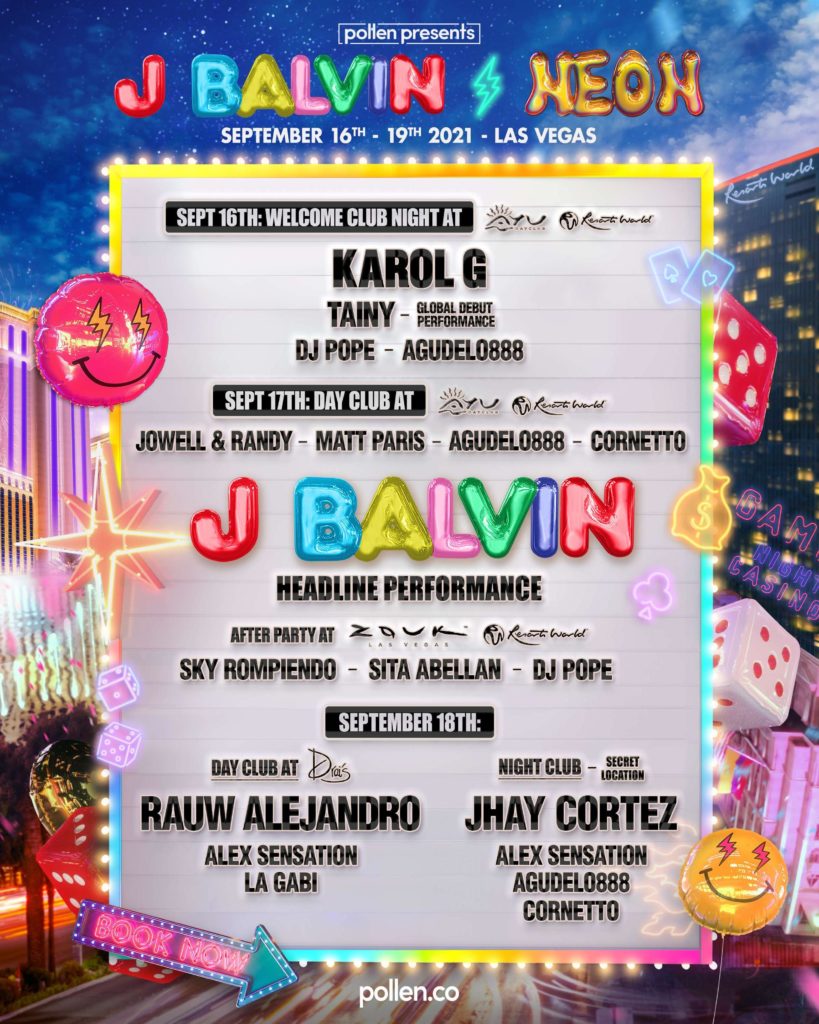 Resorts World Las Vegas has its first live entertainment event on the books!

J Balvin has become a torchbearer for the reggaeton genre, becoming the first artist to earn 13 Latin Grammy nominations in a year. The achievement was particularly significant as many felt the entire genre of Reggaeton and urban music had been snubbed the year before.

The NEÓN Experience is staging during Mexican Independence Weekend and will be held concurrently with the Life Is Beautiful festival, which recently sold-out after releasing an allotment of new tickets.

Balvin has been cultivating a steady presence in Las Vegas in recent years, mixing tour stops with appearances and performances during the Latin Grammys and Billboard Latin Music Awards. He was a resident artist at the former KAOS nightclub and dayclub at the Palms.

Balvin, who hasn’t performed in front of a live audience in more than a year, will finally bring the songs from last year’s album Colores to the stage with a centerpiece concert during what is traditionally a huge weekend for tourism on the Strip and Latin music in Las Vegas.

“The opportunity to partner with one of the largest Latin artists in the world reinforces our commitment to delivering the most diverse and exciting roster in Las Vegas. This is just the beginning,” Zouk Group CEO Andrew Li said in a statement.

Resorts World, the long-gestating first Las Vegas property from Malaysian corporation Genting Berhad, has not yet announced its official opening date. Resorts World integrates the Las Vegas Hilton, Conrad Las Vegas, and LXR brands into its resort campus. It is scheduled to open this summer.

Interested in other pool or nightclub parties in Las Vegas? Check out these other options:

If you have any questions feel free to reach a host at Nightlife Unlocked via the Whatsapp function or EMAIL.

Rather talk on the phone with a host? Schedule a time to chat below: